A Simple View of Power Delivery

In many designs, the primary changes in the output voltage from the supply due to changes in the load current are caused by the bandwidth of the power supply and the parasitic impedances of the conductors between the power supply and the load. We will briefly discuss these characteristics before looking into how bypass capacitors can be used to compensate for the characteristics.

For example, assuming a 10 kHz bandwidth, if the output voltage must be kept within 120 mV of the nominal output, and the change in output current is 2 A, then the minimum capacitance required at the load would be 583 µF.

The bad news is the voltage excursions created by a load transient and the parasitic impedance of the power delivery conductors can be difficult to calculate because they depend upon both the change in the load current and the rate of change of the load current. The good news is it is relatively easy to specify power delivery conductors with low parasitic resistance and inductance. Low parasitic resistance can be achieved by using large area conductors, such as large diameter wires or wide PCB traces. Low parasitic inductance can be achieved by making a small loop area between the two power conductors. Common methods of minimizing the loop area between conductors, shown in figure 4, are running cables in a tight bundle, twisting two conductors around each other, running PCB traces near each other, and running a power trace above a ground plane.

The previous sections have discussed how to determine how much capacitance to place at the load to reduce voltage excursions to a particular level, but there also are concerns regarding what types of capacitors should be placed at the load. One of the first criteria for selecting the capacitors should probably be how much capacitance is required. When the capacitance required is greater than ones or tens of microfarads, either tantalum or electrolytic capacitors may be the preferred capacitor technology. Capacitors made with these technologies are reasonably compact and affordable. When capacitors required are less than tens of microfarads, ceramic capacitors are often the preferred choice as they are more compact and affordable in those sizes. It should be noted that the capacitance value of many ceramic capacitors is greatly reduced when a dc voltage is applied that is close to the voltage rating of the capacitor. A web search on this topic will provide more information regarding this issue. A Comparison Between Dc Switching Regulators and Linear Regulators 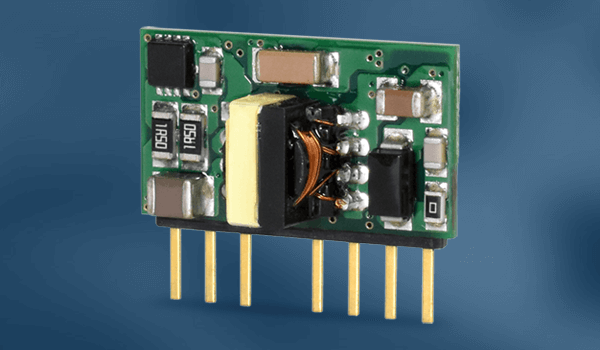 How to Measure Ripple & Noise in Power Supplies