System designers who need to specify a bought-in ac-dc power supply are faced with a maze of specifications to negotiate, including those for EMI. Fortunately, unlike for safety, EMI standards are mainly restricted to:

The standards are not identical but are close, so if either is met with a good margin, the other is likely to be a pass as well. Class A relates to equipment in a commercial, industrial, or business environment excluding residential use, or use by the general public. Class B is more stringent and relates to use in a residential environment, which is assumed to be less controlled and more susceptible to cross-interference.

Manufacturers of power supplies typically warrant their products to meet one of the EMC standards when tested in isolation, which is a great starting point, but statutory EMC certification applies to complete products or systems. This means that all contributions to conducted noise from multiple switching power supplies, data lines, and clocks must all sum to less than the limits set by the standard. With a single power supply meeting the standards, perhaps with the ac line connector integrated and if other noise is low, there is a good chance that the system will be compliant. This is good news for the system designer - an external filter is difficult to design discretely and adds costs, even more if a filter module is bought-in.

Ac-dc power supplies fitted as modules internal to a product, perhaps even PCB-mounted, will normally have a wired connection to a chassis mains connector or to a flying lead where the EMI measurements are made, so there is a risk of pick-up on the cabling and EMC test failure. However, if the module is EMC-compliant with a good margin, there is still a reasonable prospect that the product will also pass, given careful grounding and cable routing.

There are arguments however for using ac-dc power supplies without internal filters, coupled with an external ‘system’ EMI filter. For example, if EMC compliance cannot be achieved with an internal filter alone because of pick-up and an external filter is added inline, there is likely to be a degree of ‘overkill’. At worst, the two filters could interact, with unwanted resonances causing even higher levels of EMI than a single filter at some frequencies. At the very least, there will be a drop in system efficiency due to extra ohmic losses. A single external filter fitted close to the ac inlet would alleviate this. This filter can then be chosen for the actual system load; an internal filter will always be thermally rated for the worst case of highest output load, lowest line voltage, and highest temperature. Real-life applications may be much less severe, allowing a smaller and lower-cost external filter to be used. An extreme example might be when multiple power supplies are used in an N+n configuration with at least one idling continuously. All of the supplies could have filters absent and an external common filter used, rated for just the actual number of supplies powered at one time, saving costs overall.

The problems can compound further when multiple supplies are used in a system, whether in redundant configuration or not, as system EMI levels are quite likely to be non-compliant due to additive effects, making an external filter necessary. Now there is the risk of interactions between at least three separate filters, particularly when not loaded, with consequent under-damping. Additionally, with safety Class I products, earth leakage current in each filter will add, risking exceeding the statutory limits. This can be a problem even with low power ac-dc power supplies, perhaps used as auxiliary supplies, as the values of ‘Y’ capacitors that pass the leakage current are not directly power-dependent.

For versatility, CUI offers a range of power supplies with and without EMI filters. For example, the PSK-15W series meets CISPR 32 Class B limits as a PCB module with internal filtering. The product is available in a DIN rail mount package where EMC compliance is particularly useful, as test measurements are taken at the DIN rail. The range is Class II rated, so has a very low leakage current and would contribute little to system leakage with multiple power supplies.

The VOF-15B series is another example of a 15 W ac-dc power supply that includes filtering to meet Class B EMC requirements. The parts are open-frame, PCB-mounted and the design is inherently low EMI, so only light filtering is incorporated keeping costs low.

For even better cost-efficiency, the 15 W PBO-15C series omits internal filtering, relying on a system filter which may anyway be present, but the product can be Class B-compliant if necessary, with minimal additional components while maintaining safety Class II and low leakage. 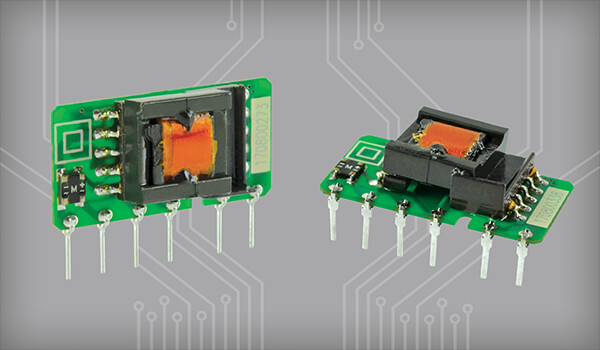 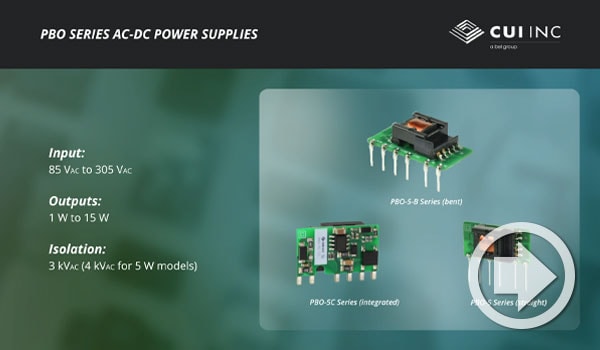 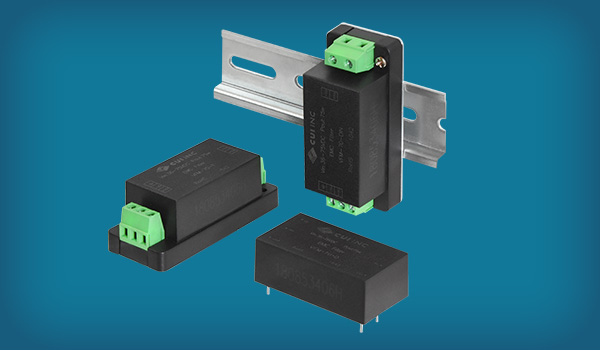 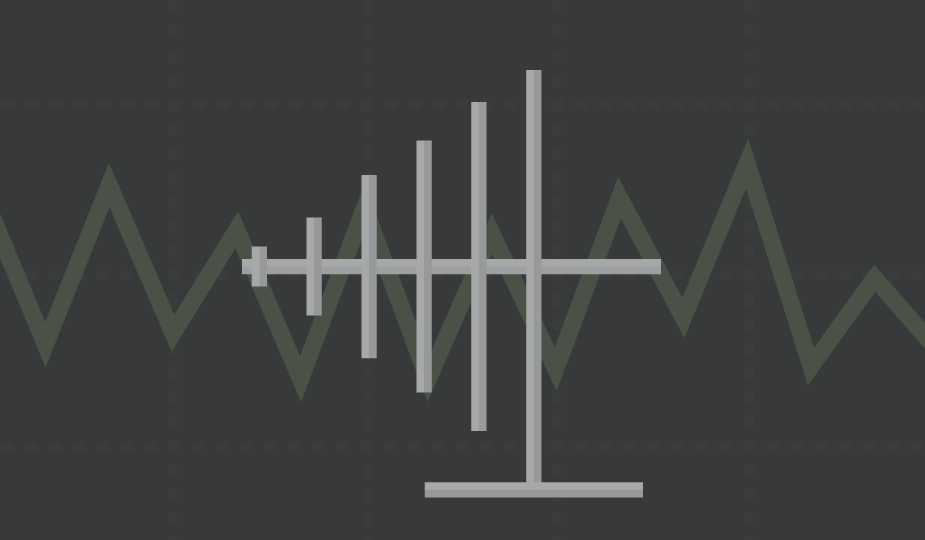 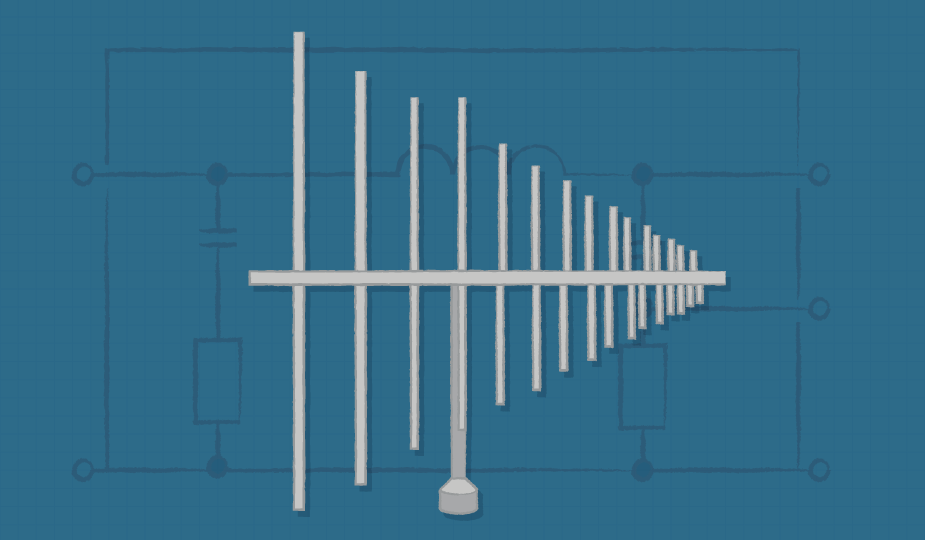 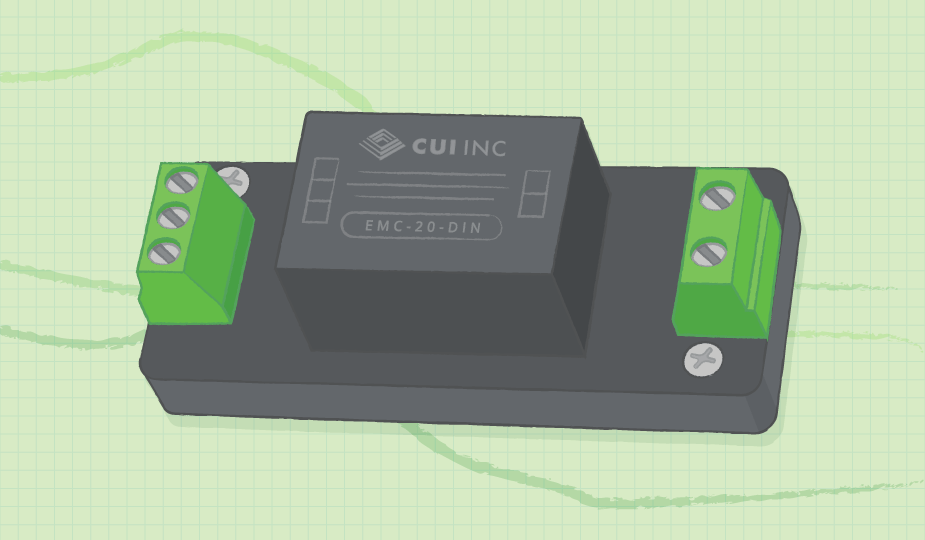 How to Select an EMI Power Filter