Everyone knew it was coming…while we were all busy preparing for the holiday break on December 20th, 2020, a couple of old friends were quietly replaced – IEC 60950-1 and IEC 60065. However, standards had to be upheld and the heir apparent IEC 62368-1 second edition was ready to take over (having been conceived ten years earlier and coaxed through some adolescent changes to reach a semblance of maturity). With its snappy title “Audio/video, information and communication technology equipment. Safety requirements”, IEC 62368-1 sweeps away old prescriptive references and takes a more consensual approach to ensure safety, asking the product manufacturer to think about the hazards their equipment might cause or be affected by and designing appropriately. While IEC 62368 aims to provide clarity, confusion remains over the transition process and whether old products and components are required to recertify.

One of the reasons for IEC 62368-1 being introduced was to provide a standard with a clearer application. IEC 60950-1 was originally intended for equipment in offices where the bulk of IT-style products used to reside. IEC 60065 was for audio visual equipment, which covered items like office projectors and conferencing equipment, complicating things. The smart TV is a good example: is it information technology, audio-visual equipment, or both? IEC 62368-1 resolves this confusion.

As homes became mini data centers with smart TVs and internet connectivity in everything from fridges to security cameras, IEC 60950-1 was a convenient standard to use and it was broadly applied. The result is that there are a vast number of products for many different applications and environments that hold this certification that now find themselves in a weird place. Do these products need to recertify to IEC 62368? What about the individual components? For the end products things were clear, but a little complicated. In North America, UL allowed for a soft transition in which existing products would not need to recertify. However, in Europe, CENELEC opted for a more abrupt transition, and existing products are required to conform to IEC 62368. Whether or not a product’s individual components must recertify was much less clear.

In a bid to make the transition easier in the years when compliance to IEC 62368 was voluntary, the standard includes clause 4.1.1. The clause allows components of systems with pre-existing certification to IEC 60950-1 or IEC 60065 to be used in overall product certification to IEC 62368-1. There was an indication by CENELEC in Europe that this would be withdrawn in edition 2, like EN 62368-1 came into effect on December 20th, 2020, but the decision was taken to leave it in with the concession only valid if the components were certified to the final versions of IEC 60950-1 or IEC 60065. It is not often stated, but the concession also only applies to components that are intended for operation in ambient temperatures of 50 °C or less, effectively excluding many industrial applications. It has also been clarified that clause 4.1.1 applies not only to internal components, but also external power supplies, both wall plug, and desktop types.

While IEC technical committee TC108 considered whether clause 4.1.1 should be extended into the 3rd edition of IEC 62368-1, CENELEC then said it will not be featured. Despite edition 2 of EN 62368-1 specifically saying that it will be deleted in edition 3, it remains in the pre-publication version with a note saying it will be deleted in the next revision. However, edition 3 of IEC 62368-1 has hit problems with approval by the European Commission Harmonized Standards (HAS) Consultant who has concerns with parts of the standard, including clause 4.1.1. This version is not yet published and harmonized and cannot be used to demonstrate compliance with the Low Voltage Directive in Europe without further technical submissions. The 4th edition of EN 62368-1 currently targeted for publication in 2023 almost certainly will not include the clause. If other reservations are resolved, it could then be harmonized. Of course, by 2023, it is more likely that component manufacturers will have re-certified products to IEC 62368-1 anyway.

A theme is that it is up to the end-product manufacturer to decide which certification route is taken and whether changes to products or their components disqualify any concession to use the older standards. This is in line anyway with the hazard based approach of IEC 62368-1. In the case of a product with a bundled external power supply module, distributors and end-users may be reluctant to accept that the overall product meets IEC 62368-1 when the power supply only shows certification marks for the older standards and clause 4.1.1 is being invoked in the certification paperwork. The safest option is to avoid using the concession and specify parts from manufacturers that have re-certified their products to IEC 62368-1 or the national equivalent. CUI has done this with its range of external power supplies to make the product certification process easier with less risks. 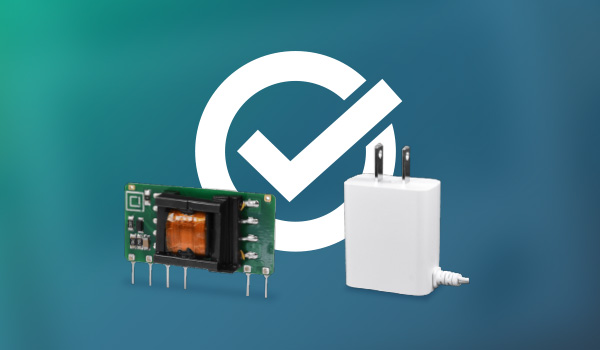 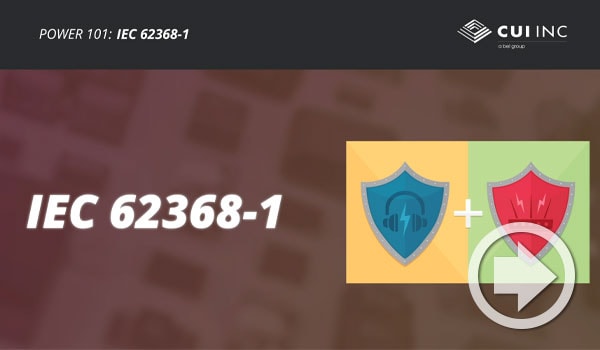 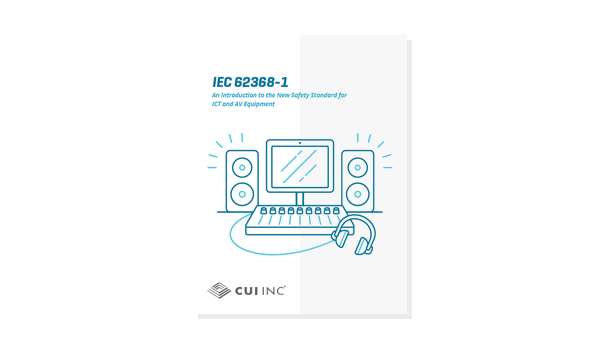